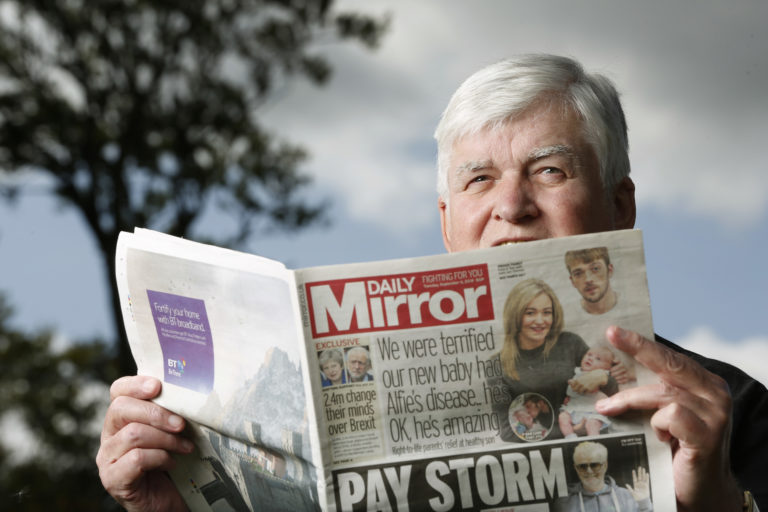 Photographer: Murdo MacLeod for The Guardian

When the media mogul Robert Maxwell died in 1991, he was mourned as the Daily Mirror’s “saviour”. Yet, in the wake of his death, a vast pension fraud was revealed. In all, some £400m was found to have been taken from the Mirror’s pension fund, leaving employees facing a bleak future. For Harry Templeton, who initially blew the whistle on this in 1988, the revelations came “too late”. Templeton, a printer for the Mirror Group newspapers, sat on the board of trustees for the Mirror’s pension scheme. A union-approved trustee, he challenged Maxwell about the way he planned to use the pension funds. In a vote about the scheme, Templeton found himself outnumbered 13-1. The seven management-approved trusteeson the board wouldn’t dare vote against Maxwell, Templeton recalls. The six other union-approved trustees were simply “very naive”. “I had to bring my problems home to my family,” says Templeton, remembering his experience as demoralising. “It was like banging your head against a brick wall.” Shortly after, he was fired from the company under the pretext of threatening another worker. “You have to remember, companies don’t sack someone for blowing the whistle,” Templeton says. “They find other reasons to, and they offer people incentives to keep their mouths shut.” Templeton recognises the challenges that whistleblowers and their supporters face. “You have to try to do something about it, but the other side doesn’t stick to the rules, they find every method they can.