We have been commissioning YouGov to conduct research into public attitudes of whistleblowing.  We have been doing this bi-annually since 2007. Below are the results of our research for 2011, 2013 and 2015.

There has been a small reduction in the number of respondent who stated they were willing to raise concerns if they witnessed wrongdoing in their place of work with the number falling from 85% in 2011 to 83% in 2013 and 81% in 2015.  This figure has recovered in 2018 where the figure is 84%. 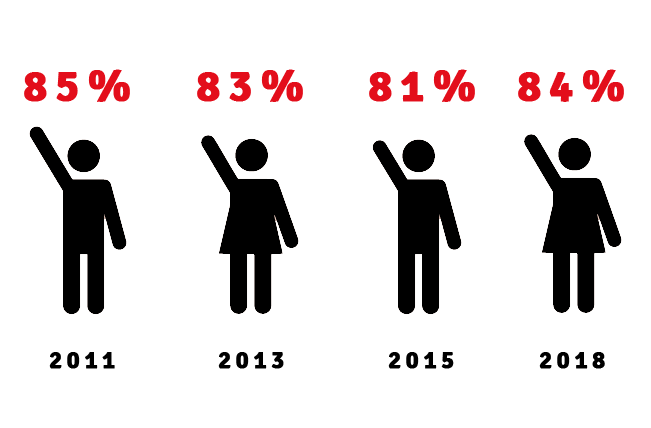 Awareness of the law

In 2018 62% of respondents were either unaware or believed that there was no protection for whistleblowers.

There has been a slight decrease in awareness of employers’ whistleblowing policies which remains low.  In 2018 46% of respondents said their employer had a policy in place, this has fallen from 48% in 2015.

In 2018 the majority, 54% stated that either their employer either had no policy or were unaware of whether a policy was in place.